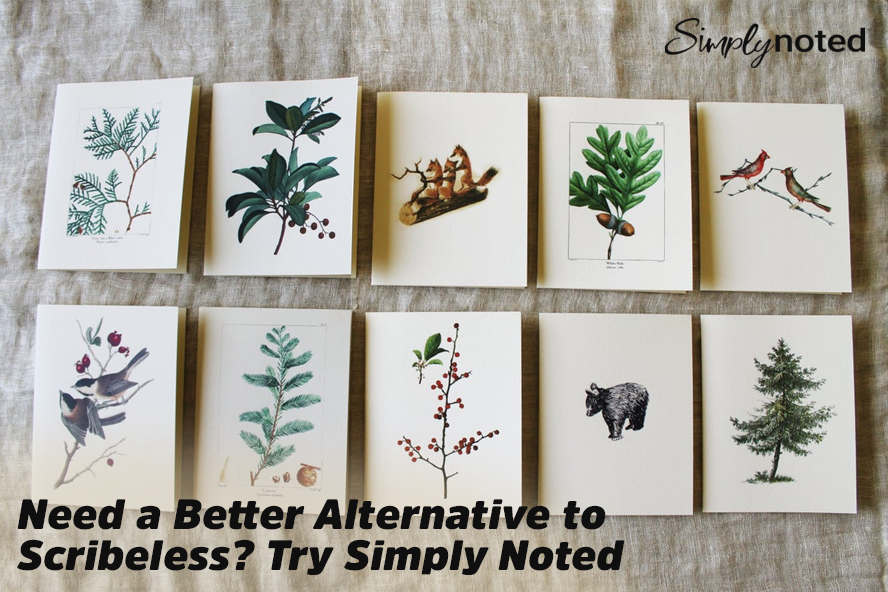 Scribeless is an online service that allows users to send cards through the mail. They target businesses primarily and place a heavy emphasis on handwritten direct mail marketing. Users can have cards printed and mailed in any volume, or, for a lower fee, they can opt to print handwritten cards themselves using a high-res printer. Scribeless is one of Simply Noted’s few competitors that emphasizes business customers, a customer base that’s near and dear to our hearts as well.

They’re also one of the few competitors that share our passion for handwritten communications. They’ve put together a quality service, which their customers enjoy. However, all things considered, Simply Noted is a better alternative to Scribeless. Our approach to automated handwriting creates a more convincing illusion. It costs us more, but we think the extra time and hardware are worth it for the results. And we still manage to charge a bit less than the competition, so it’s a win-win for our customers. How does it work? Read on to find out.

SEE ALSO:  Why Use a Handmade Greeting Card Service? 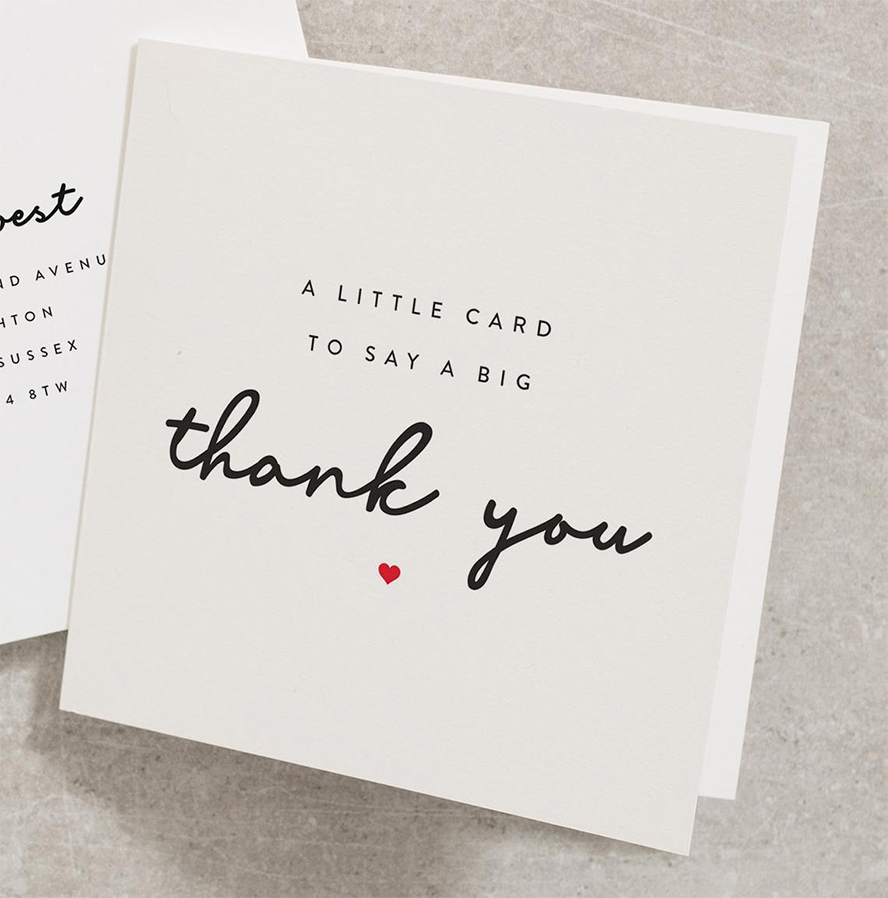 Simply Noted utilizes a fleet of automated handwriting machines that use real ballpoint pens to replicate the feel of true handwritten text perfectly. Scribeless, on the other hand, uses high-resolution printers. Both methods produce quality results, but the Simply Noted process is more convincing.

Printers can perfectly recreate an image (or text) on paper, but they miss the physical effects that real pens produce. When you press a pen down to write, you leave an indentation that’s visible on both sides of the paper. Unlike printers, pens don’t release their ink evenly or consistently, leading to subtle differences in line thickness and occasional ink blobs. Pen ink also smears when rubbed, while printer ink doesn’t.

Because Simply Noted’s machines use pressure and real pens, writing letter by letter just as a person does, you get a fluid stream of text that feels genuine. Scribeless can’t compete with this level of authenticity. Instead of pen-written text, they enlist the aid of AI to learn and reproduce anyone’s handwriting. It’s a novel approach to be sure, and the handwriting itself is impressive. But without the physical hallmarks of written text, the results aren’t entirely convincing.

And authenticity is crucial because a handwritten note’s power comes from its emotional appeal. Recipients feel special because someone took the time to pen a letter for them. If it’s clear the message was printed, the emotional connection is broken. If you’re choosing between Scribeless and Simply Noted, you understand the value of handwriting for making meaningful connections with customers and employees. If that’s your goal, then as good as Scribeless is, you have to go with Simply Noted.

SEE ALSO:  Not Sure the Best Way to Sign That Handwritten Card?

If you send a lot of cards, either as greeting cards or as direct mail marketing pieces, you likely have occasion to add extra material into the envelopes. For example, you might include a gift card for employee birthdays or as a thank you for long-time customers. In addition, you might add business cards or rate sheets into your handwritten outreach efforts.

Scribeless doesn’t offer its customers the option to include any other material in their envelopes besides their cards. If you want to add inserts, you would have to print your cards yourself, which means more work for you, printing and stuffing envelopes. You’d also have to invest in a high-resolution printer (Scribeless makes suggestions for compatible models.) That’s a lot of effort and expense to do something that Simply Noted makes easy.

With Simply Noted, you can purchase gift cards from a number of merchants right along with your cards. We’ll insert them into your envelopes and mail them out. If you have business cards you want to include, we’ll keep a stash for you and insert them when needed. Beyond business cards, for a small additional fee, we’re happy to insert any flat material into your envelopes as long as it fits and you can provide it to us before fulfillment.

Both Simply Noted and Scribeless are built for business, but only Simply Noted offers everything that businesses need.

SEE ALSO:  What Makes a Good Business Thank You Card? 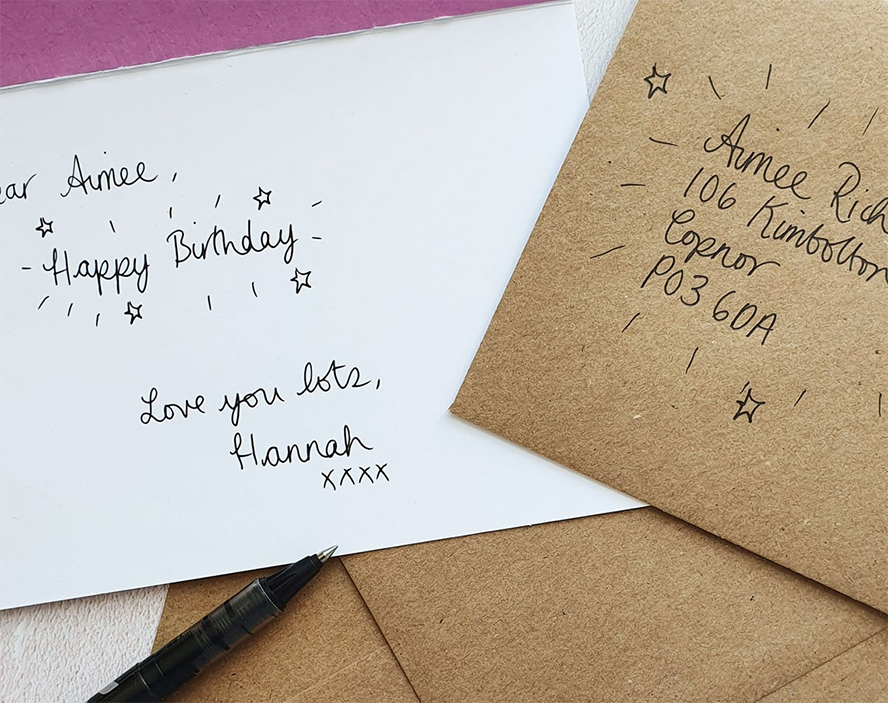 WE DO ONE THING AND WE DO IT BETTER THAN ANYONE

At Simply Noted, our passion is handwritten communications. We’ve built our business around them because we understand that they’re the best way to make a meaningful connection with prospects and customers.

Scribeless by comparison is a print service. They offer a range of printing services. Handwritten communications aren’t their primary focus; they’re an add-on. As a result, they don’t put the same focus into improving their handwritten offerings the way Simply Noted does. Authentic handwritten experiences are all we do, and we do them better than anyone.

We’re also based in the U.S., while Scribeless is headquartered in the U.K. We’re available to answer questions and concerns on your time. You don’t have to wait for us to get into the office. You get the fastest turnaround times, worldwide shipping, and a dedicated team of professionals working hard to provide the best handwritten greeting card service possible. 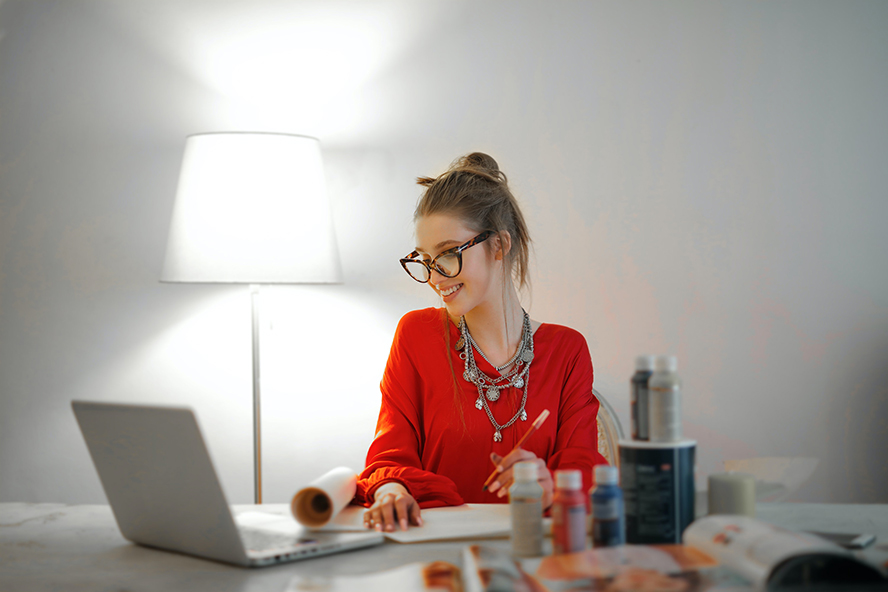 Don’t get us wrong. Scribeless offers its customers a quality product. But it may not be what you need. They focus entirely on handwritten direct mail services. If you’d like to automate birthday cards for your employees, you can’t. If you’re interested in triggering thank you cards whenever a new customer converts, you can’t. They offer the necessary automation; they just don’t offer the cards. They don’t have stock card designs for every occasion like Simply Noted does. That’s because Simply Noted provides a holistic business service, and we do it for less.

With Simply Noted you get a genuine, pen-written handwriting experience from experts that focus on providing the best service possible, with inserts included. We offer attractive card designs and an easy-to-use online ordering interface that comes complete with software integrations for leading e-commerce and CRM packages. Considering everything you get, you would expect Simply Noted to cost more, but both services charge roughly the same, with Simply Noted costing a bit less. It’s a better value whether you’re a business or an individual sending one card or thousands. We scale flawlessly to meet your needs.